Certificates for the care of Postel Mobile, Hard Not? -->

Certificates for the care of Postel Mobile, Hard Not?

But actually like what Postel certification submission process that must be done vendor or importer before the device can be sold to consumers?

The process consists of various kinds. There affairs of import licenses until the relevant testing should be done vendor or distributor of mobile phones to get the blessing of the certification of the Ministry of Communications and Information Technology (Communications)

Affairs device testing was conducted by the Office of Telecommunication Equipment Testing (BBPPT) under the Directorate General of Resources and Equipment of Post and Information Technology Ministry of Communications.

Process through quite long, ranging from the initial registration until the device is tested and get certified so that the new may be marketed.

In the first phase, vendors or distributors of telecommunications equipment have to take care of SP3 alias Letter Testing. This is the earliest stage that must be met before the products tested. This process is administrative in nature, can be said at this stage the extent vendors register their products.

BBPPT arrangement in which his name continues to SP2 (Tax Payment). The requirement is to include the care of SP2 SP3 that has taken care in building communication and information technology center. 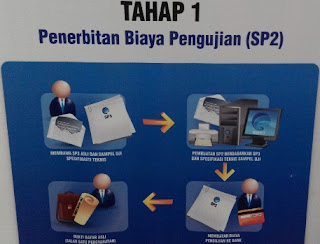 Well, while taking care of SP2 is the vendor required to carry a device which will be tested. In addition, the vendor should also include the technical specifications of the device.

In applying SP2 in BBPPT there are fees to be paid, but not necessarily paid cash, but through a bank that has been designated by BBPPT. This method is effective because it can avoid the potential expense was clear.

Once paid, then proceed to the submission of the testing arrangement. At this stage all the documents from SP3, until proof of payment SP2, as well as documents containing technical specifications, manuals, and others must be included.

Including the test sample, the device to be tested. BBPPT require that samples of the Customer Premises Equipment CPE two units, and non-CPE by one unit. 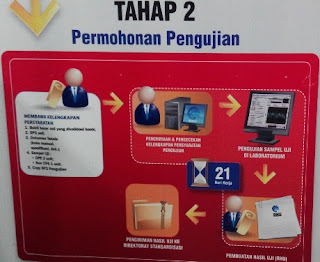 If all requirements are met document, called the testing process only takes about 21 working days. Thus began the process of receiving and checking the completeness of testing requirements, then proceed to testing. After the results obtained, the test results sent to the Directorate of Standardisation subsequently made to document test results.

"The rule about 21 days completion (the testing process-ed). But sometimes there can be a quick, 14 days sometimes been completed (the test), "said one of the staff BBPPT detikINET when met at his office in NCO region, Bekasi, some time ago.

If deemed passed, then the device passes the test are allowed to set foot in the Indonesian market, aka eligible for sale. But despite pegged for 21 days, predictions of the time could be delayed, especially when there is a requirement considered unmet.

While 2016 ended up being an activity stuffed year for mobile development organizations, the pattern is relied upon to proceed in the year 2017 too.Mobile App Development Company

This is my first visit to your web journal! We are a group of volunteers and new activities in the same specialty. Website gave us helpful data to work. Small Business Marketing

I found that site very usefull and this survey is very cirious, I ' ve never seen a blog that demand a survey for this actions, very curious... Text marketing automation tool

The expression "Mobile Banking" has developed in notoriety as of late, particularly with the expansion of PDAs around the globe.소액결제현금화

I truly welcome the sort of points you post here. A debt of gratitude is in order for sharing us an incredible data that is really useful. Great day! Pro Well Tech

This is important, though it's necessary to help you head over to it weblink: How long do you take VigRX Plus?

Always so interesting to visit your site.What a great info, thank you for sharing. this will help me so much in my learning Nisar Technology

Pretty good post. I just stumbled upon your blog and wanted to say that I have really enjoyed reading your blog posts. Any way I’ll be subscribing to your feed and I hope you post again soon. Magic mirror photo booth

This is such a great resource that you are providing and you give it away for free. tesla .ca

Much thanks for composing such an intriguing article on this point. This has truly made me think and I plan to peruse more Lace closure wig

I want to express my gratitude to you. I hope you don't just overlook it and read my article well. I solved my problem. Please visit my site and write.토토사이트

It's really great. Thank you for providing a quality article. There is something you might be interested in. Do you know 메이저토토 ?

You make so many great points here that I read your article a couple of times. Your views are in accordance with my own for the most part. This is great content for your readers. 메이저놀이터순위

I’m very pleased to discover this site. I want to to thank you for ones time for this particularly wonderful read!! I definitely savored every part of it and i also have you saved as a favorite to see new information on your blog. 사설놀이터

Awesome article! I want people to know just how good this information is in your article. It’s interesting, compelling content. Your views are much like my own concerning this subject 안전한놀이터 It touched me a lot. I would love to hear your opinion on my site. Please come to the site I run once and leave a comment. Thank you.

I am very impressed with your writingsex I couldn't think of this, but it's amazing! I wrote several posts similar to this one, but please come and see!

Thank you for some other informative blog. Where else could I get that type of information written in such an ideal means? I have a mission that I’m just now working on, and I have been at the look out for such information. 안전놀이터 It helped me a lot. If you have time, I hope you come to my site and share your opinions. Have a nice day.

Thanks for an interesting blog. What else may I get that sort of info written in such a perfect approach? I have an undertaking that I am just now operating on, and I have been on the lookout for such info 메이저안전놀이터 It's amazing. I want to learn your writing skills. In fact, I also have a website. If you are okay, please visit once and leave your opinion. Thank you.

You made some good points there. I did a Google search about the topic and found most people will believe your blog. 먹튀검증

Your web site has excellent web content. I believe it was an excellent chance to transform my mind once more after reading this write-up. I'm composing like you. Would certainly you such as to see my blog post and also request for comments? mouse click the up coming post

Captivating post. I Have Been contemplating about this issue, so an obligation of appreciation is all together to post. Completely cool post.It 's greatly extraordinarily OK and Useful post.Thanks 사설토토사이트

Excellent blog here! Also your site loads up very fast! What host are you using? Can I get your affiliate link to your host?토토사이트