Other side Bimbo The Legend Music, Bimbo Pun accused of not Islami -->

Other side Bimbo The Legend Music, Bimbo Pun accused of not Islami 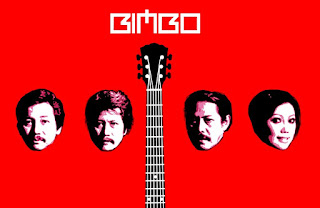 Jakarta - Kasidah singer. The nickname was pinned on the legendary music group from Bandung, Bimbo. Understandably, their songs, like the Lord, Every Consumable Ramadan, Eid Soon Again, or Missed Us on you O Messenger, seems to be sang that must be heard during Ramadan. In fact, from about 900 songs Bimbo, less than 200 religious-themed songs. The rest, Bimbo adheres to the genre hodgepodge. There is a rhythm of pop, Malay, kroncong, even dangdut.

"We started to enter the religious song in 1972. It was only after 1990, many settlers sang religious themes," said Samsudin Hardjakusumah while talking to AFP on the sidelines of rehearsal concert "Singing Indonesia Bimbo", Wednesday, December 16, 2015, in Taman Ismail Marzuki (TIM), Jakarta.

Bimbo frontman usually called Sam was referring to God as the first song of religious-themed creations. The song was pasted in an album that contains 10 pop songs. Community welcome song was enthusiastically. "I made only half an hour. At the mosque, I can inspire, continue to go home and write it down," said Sam.

Not all the songs are made as fast as lightning. There are songs that take months, even up to three years to complete. Siti Maryam title. Sam claimed had requested the help of poet Taufiq Ismail to make the lyrics, but never disconnected. "I was confused. But eventually the third year I make myself, so."

At the beginning of the emergence of Bimbo with religious songs, not all of the people happy. There are few people who question their actions and called Bimbo has deviated from the teachings of Islam. They are also accused of doing heretical because it uses modern musical instruments. But Bimbo do not want to waste energy such accusations serve. "I just said, the microphone for the call to prayer in the mosque at the time of the Prophet the baseball, so unclean as well."

Bimbo started up the music wilderness Indonesia in early 1967. The first time appears in the display TVRI with acoustic guitars, they performed a repertoire of Latin, such as works of Consuelo Velazquez Besame Mucho until Malaguena Salerosa works of Elpidio Ramirez. Bimbo known vocal harmonization distinctive and had a strong character, so that they can penetrate the music industry.

According to Sam, the name of Hamid Gruno Bimbo is a gift, a talent scout in TVRI. When asked about the means at the time, Hamid assured that the name was just a nice, cool. There is also then the name was derived from the Spanish or Italian, meaning "bread for breakfast". "I still say it means good," Sam said with a chuckle.

Her sister, Hardjakusumah Darmawan alias Acil, call the art blood flowing in their bodies comes from his father and grandfather. His father, Dajat Hardjakusumah, who works as an economic journalist in Antara, like sing Cianjuran. While the maternal grandfather of the craftsman known as silat and songwriter. "So we have a soul art passed down from generation our parents and our grandparents," said Acil, who used to sing in the soprano tones.

Tatang Sumarsono, journalist and author Sajadah Long Bimbo, Bimbo called the personnel career from bottom. They never singing from pubs to hotels in the area of ​​Puncak, Bogor, West Java. In fact, when one sister is getting married and there is no charge, Bimbo been singing for three months nonstop in Singapore in 1970.

"Ngamen in Singapore was actually traveling to disband. Coinciding also by recording the first album, which is actually for a keepsake," said Tatang when contacted by telephone, Tuesday, December 15 last.

Prior to Singapore, Bimbo had held out some songs to Remaco, record company led by Eugene Timothy. But their songs, including the Budget of Jayagiri works of Iwan Abdurahman and Flamboyan, was rejected because it is considered not commercially viable. But, after Bimbo perform recording with Polydor from Singapore and got a warm welcome public, Remaco also received Bimbo. Melati song composition of Jayagiri and Flamboyan raise the prestige of its own for Bimbo and remain immortal until kiwari.


In addition to pop songs and romantic-themed romance, Bimbo popular thanks to his songs naughty and playful. According to Tatang, they convey social criticism to the authorities to be smooth and not provocative, so the New Order ruler trouble trick. "They are good at playing the lyrics. His criticism is more poking," said Tatang citing song Tante Sun.
The song was released in 1975, it tells of gait middle-aged woman who is a businessman. He took advantage of her beauty and her beauty to get business projects.
But, in a concert that involve a number of famous singers, such as Vina Panduwinata, Sandhy Sondoro, and Candil and harpist Maya Hasan, the song was not included. Currently rehearsal, Vina heard singing Om Boyke. The song tells the story of a middle-aged man who became a philanderer. Vina hoarse vocal sound was fitted with a wet-acting flirty-spoiled.
Styled like a young child / white hair began to gray /
Presumably you forget how old / Om Boyke cool, older teens ...
In a concert that was held in Jakarta TIM Theatre on Thursday, December 17 last, that, in total there are 25 popular songs Bimbo displayed. From the number of the song, Bimbo only sang five songs, A Ballad singer, romance Life, My boyfriend Sweet, Myself, and between Kabul and Beirut.
Some figures watching the concert, including former president Megawati Soekarnoputri along with his brother, Guntur Soekarnoputra, former Environment Minister Prof. Emil Salim, Jakarta Governor Basuki Tjahaja Purnama and his deputy, Djarot Saiful Hidayat, as well as US Ambassador Robert O. Blake Jr.
(jat / HBB)
souce : Detikcom
ArtistBimboGossipIndonesiaLegend
Comments

If you are facing HP printer in error state issue with your printer, then you need to try troubleshooting steps to fix it or call us for help.
Laptop manufacturers typically take great liberty in creating their own unique computer cases. HP also does an excellent job of offering online HP Laptop Support.

Thank you for this wonderful post! It has long been extremely helpful. 토토사이트I wish that you will carry on posting your knowledge with us.

This site contains a lot of really good information. Lots of useful inaformation. I'll add it to my bookmarks and stop by often. Maybe other visitors will think the same way as me. I hope you have a nice day today. Oh, it would be nice to visit our site and receive useful information. 토토사이트먹튀

Your writing is perfect and complete. 먹튀검증 However, I think it will be more wonderful if your post includes additional topics that I am thinking of. I have a lot of posts on my site similar to your topic. Would you like to visit once?

I seriously love your site.. Very nice colors & theme. Did you create this site yourself? Please reply back as I’m trying to create my very own site and would like to learn where you got this from or exactly what the theme is named. Many thanks. 토토사이트추천

I think it is about time that you and I connected. I'd really like to talk to you about some of the points you've discussed here.
You remind me of my best friend back in New Hampshire.|I simply must tell you that your write ups are really valuable.|I wants to be a master in this field.
I just stumbled on your article.|I have just learned new insights because of your website.|Found you while on Website and I'm so happy I did.|I will be a regular visitor to your site ongoing.
A lot of things to take into consideration.|I have used both of them and I really 부산달리기

Wow, this piece of writing is pleasant, my younger sister is analyzing these things,강남오피
thus I am going to inform her.Hi there, after reading this remarkable paragraph i am too happy to share my experience here with colleagues.

Greetings! Very helpful advice in this particular post! It is the little changes which will make the largest changes. Thanks a lot for sharing!

Thanks for your marvelous posting! I actually enjoyed reading it, you could be
a great author.I will remember to bookmark your blog and will
eventually come back from now on. I want to encourage you to continue your great
writing, have a nice weekend!

I’m not positive the place you are getting your information, but great topic. I needs to spend a while finding out much more or working out more. Thank you for magnificent information I used to be in search of this information for my mission. 야한동영상

With having so much content and articles do you ever run into any issues of plagiarism or copyright violation? My site 오피 has a lot of exclusive content I’ve either authored myself or outsourced but it looks like a lot of it is popping it up all over the internet without my agreement. Do you know any ways to help protect against content from being stolen? I’d genuinely appreciate it.

When someone writes an paragraph he/she maintains the idea of a user in his/her mind that how a user can be aware of it. Thus that’s why this post is great. Thanks!

I’m not that much of a internet reader to be honest but your sites really nice, keep it up! I’ll go ahead and bookmark your site to come back in the future. All the best

Hi, I want to subscribe for this blog to get most up-to-date updates, so where can i do it please help out.
click me here 바카라
LG

One of the journeys a few authorities embrace is to attempt to locate their ideal cannabis seed. Each unique strain holds an alternate arrangement of characteristics which will join to give you the ideal seed that coordinates your taste.
인터넷경마

I finally found what I was looking for! I'm so happy. 사설토토사이트 Your article is what I've been looking for for a long time. I'm happy to find you like this. Could you visit my website if you have time? I'm sure you'll find a post of interest that you'll find interesting.