Najwa S. Tuesday, December 22, 2015, December 22, 2015 EDT Last Updated 2015-12-22T08:07:01Z
Jakarta - There was a Japanese mathematician who claims to have solved the ABC conjecture or a + b = c. His name is Shinichi Mochizuki, a mathematical genius who studied at Princeton University. Really claim? Most agrees Shinichi claims, some still do not understand.

Who dare to claim Shinichi to solve the unsolvable problem?

Quoted from a variety of sources, Shinichi was born in Tokyo, March 29, 1969. At the age of five years, he and his family moved to New York City. He then studied at Phillips Exeter Academy and graduated in 1985 at the age of 16 years.

In the same year, Shinichi go to Princeton University and graduated three years later with honors salutatorian (the second highest praise predicate after Valedictorian). Four years later, or at the age of 23 years, Shinichi has obtained a doctorate in mathematics.

Completed his education, Shinichi joined the Research Institute for Mathematical Sciences at the University of Kyoto, Japan, in 1992, and was promoted to professor in 2002.

On August 30, 2012, Shinichi upload four articles of 500 pages to the Internet. In the lengthy article, Shinichi claims to have found the answer to the ABC conjecture. 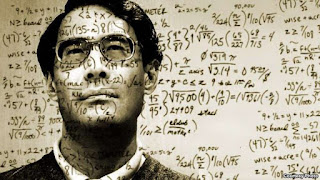 But their reactions more or less similar to Ivan Fesenko. "Observing Shinichi answers, you will feel the middle read articles from the future or from outer space," says Jordan Ellenberg, a mathematician from the University of Wisconsin, Madison, USA. Full article scattered in new terms and mathematical tool made by Shinichi to support his argument. "He really makes his own world," says Moon Duchin, a mathematician from Tufts University, USA.

Although the answer is not yet understood, but Shinichi reluctant to abandon Kyoto and explain an article in a public forum outside Japan. Although very fluent in English, he also refused to give a lecture about his article in English. To reporters, Shinichi is also very economical to talk.

According to his colleagues, Minhyong Kim, Shinichi not a very private person. "He's just very focused on mathematics," said Kim.