The US government and the FBI hacked -->

The US government and the FBI hacked

Najwa S. Thursday, December 24, 2015, December 24, 2015 EDT Last Updated 2015-12-24T09:19:38Z
Armed with first-class infrastructure was not assure the government the United States (US) and the FBI avoid hacking. Both institutions report that their networks have been successfully ditelusupi foreign party is still undetermined. 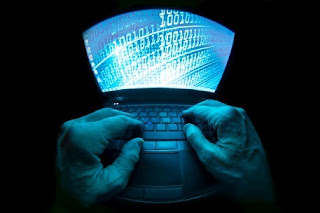 From the statement of the US government and the FBI, the alleged attack was not carried out by an independent hacker group, Anonymous sort. Because the attacks carried out by a method called very complicated.

Speculation is China or Russia was behind the attack. But it seems both the FBI and the US government will not ignite a fire, so do not blame anyone for the attack.

Surely the consequences that occur as a result of this attack reportedly led to the leakage of confidential information belonging to the US government.

As quoted from the Tech Viral were the source of CNN, Monday (12/21/2015), the so-called attack by exploiting vulnerabilities that are in the possession Juniper network devices that are used both institutions. Currently, the Juniper Networks is conducting an investigation related to it.

"We are aware of this vulnerability had been previously announced by Juniper. Department of Homeland Security has made contact with the company (Juniper ed). Management is committed to improving national cybersecurity in order to strengthen our cyber defenses (the US government red), keep an eye on enemy activity and respond effectively to the problems that occur, "said the Juniper.
(YUD / ash)