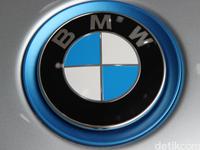 As reported by Autocar, Friday (01/01/2016), BMW celebrated the 100th anniversary know precisely on March 7, 2016. Head of Sales and Marketing BMW, Ian Robertson hinted that BMW will celebrate the special day with the concept of an autonomous car.

"We have reached the phase of autonomous 'feet off' (technology without operating the foot of the driver, cruise control). And now we are working on phase 'hands off' and 'eyes off' (the technology that does not require the eyes and hands of the driver), but only on short periods. The next phase is the 'brain off', "said Robertson,

However, BMW is still not ready to mass produce a fully autonomous car. He said, when the technology was present 10 years later, other factors may make autonomous cars can be used 15 years later. According to him, one of these factors is a moral dilemma.

"In a situation when no truck will hit your car, what car autonomously: save you the maneuver off the track, maneuvering into the path of another vehicle and may endanger others or hit a pedestrian, or simply surrender? We are not ready for it," he said.

When asked about the BMW preparation for celebrating the 100th year of age, Robertson said, there will be some products from BMW presented. However, he said, while celebrating a century in business, BMW will give priority to look a century ahead.