Here's How to Use Netflix in Indonesia -->

Here's How to Use Netflix in Indonesia

Najwa S. Thursday, January 7, 2016, January 07, 2016 EDT Last Updated 2016-01-07T09:06:02Z
Site content streaming service provider, Netflix, officially present to users in Indonesia and other countries. For fans of the film, of course, this is good news.
So far, Netflix is ​​one of the leading providers of streaming movies in its home country, the United States. Not only the latest movies, TV series was sometimes there are bound exclusively by Netflix.

For those of you who are curious and can not wait to use it, the following steps to be able to enjoy this service.

The first step after visiting the site Netflix, is to choose a subscription package. There are three packages offered by this service, namely Basic for IDR 109 thousand per month, Standard package IDR 139 thousand and the Premium Package which cost IDR 169 thousand.

Each package certainly has advantages and respectively. However, generally speaking there are only two difference, about the quality of the film and how many devices are played simultaneously.

After selecting the package, the customer will be directed to fill in the information data, especially the method of payment. So far there are two that can be used, namely credit card and redeem a gift code.

Indonesia to subscribers, Netflix will give probation for one month free. But still, after the promo period ends, users will be notified in advance.

After payment finished, then the user will be prompted to select the device that will be used later to play this Netflix. Some of them are Smart TVs, Apple TVs, computers and smart phones, as well as Xbox or PlayStation. 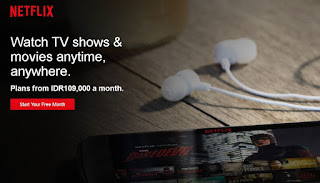 When tested our team, it seems that some films are still not fully present to Indonesia. Because there are films that have been released in the US region, but can not be seen in the country. English subtitle option for the well was still very rare.

Continue to select movies or other streaming content, the first to fill the list of users who will use Netflix. So the account can be used for a family. 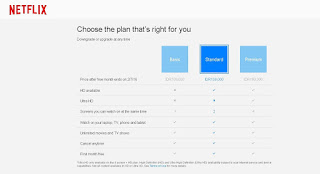 It's important to be filled can choose any movie genre that fits the user. This is also to avoid the movie content that does not comply with the designation. 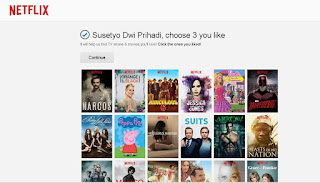 And voila, the customer was able to play the online movie content wherever and whenever. To make further arrangements, can be made through the account information available at the right side. (eno)
Apple TVComputerGood News for Fans of the FilmHow to Use Netflix in IndonesiaNewsPlayStationSmart PhoneSmart TVXbox
Comments