Notebook 9 does have a body so slim. So no wonder that many people dub the laptop as a competitor to the Macbook Air. If at first glance, color, material, and design of this laptop keyboard does resemble the design of Apple's Macbook Air.

According to information reported by Techno Buffalo, Friday (08/01/2016), Notebook 9 which comes in two series (13.3-inch and 15-inch) running the Windows 10 operating system.

Matter how mild this laptop, the Samsung Notebook 9 reveal that weighs less than 1 kilogram, which is only 0.83 kilograms.

Unlike the MacBook which is supported by the M-Core processor, the laptop is actually powered by the latest Skylake chip made by Intel, which can be used up to a Core i7. This means that, although the design is so sleek and very lightweight, performance Notebook 9 should not be in doubt. 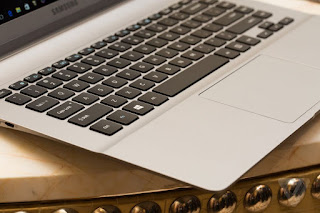 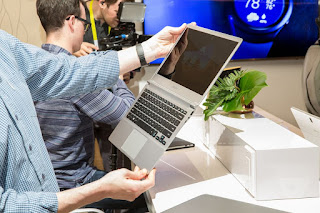 The laptops will be marketed in the first quarter of this year. However, the South Korean company has not divulge the price is priced for each size. (Jek / Isk)
Consumer Electronic Show (CES) 2016Core i7IntelInternet of ThingsMacbook Air CompetitorSamsung Notebook 9Sexy and SlimSkylake ChipTechnology
Comments