"A threat directed against Örebro University was created through the application of Jodel," says the university through their official website on Sunday (24/1), as quoted by news agency AFP on Monday (25/01/2016).

"We can not allow the safety of our students, staff and visitors, is threatened. Therefore we have decided, in consultation with the police, to shut the university on Monday, January 25th," he wrote.
Jodel is a German-made applications that are popular in Sweden. The mobile application for students on campus allow the same for exchanging messages anonymously.

According to Swedish news agency TT, messaging threats at the Jodel disseminated on Saturday (24/1) yesterday. Person anonymous asked students not to go to class on Monday (25/1) today.
"If (they) want to survive," wrote the message. According to TT, the police officers had been deployed to improve security in the campus area.

Örebro University has recorded 17 thousand students and 1,200 employees. On October 12, 2015, the University of Lund in southern Sweden had received similar threats and decided to close the campus for one day.(rna / FDN) 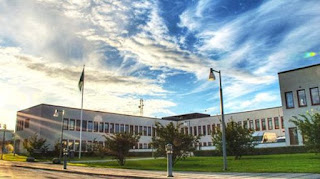