This Hijabers Beautiful Ever Sets World Record For Physicians Youngest -->

This Hijabers Beautiful Ever Sets World Record For Physicians Youngest

Najwa S. Monday, January 4, 2016, January 04, 2016 EDT Last Updated 2016-01-05T06:02:40Z
The young woman using hijab today are not afraid to explore themselves. Even some of them managed to reap achievements in the field. Like Iqbal Mahmoud Al Assad who never broke the world record for successfully becoming the youngest doctor. 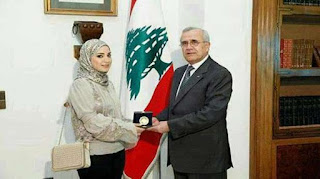 Palestinian woman was taking college at a very young age which is 13 years. He also became the youngest student at the time and holds a medical degree from prestigious universities in Qatar, Weill Cornell Medical College at the age of 20 years in 2013 ago. Therefore, Iqbal recorded by Guinness World Records as the youngest doctor in the world.

Reporting from The National, Iqbal graduated as the best student and get a full scholarship because of his intelligence. Iqbal does not come from a wealthy family. Beautiful woman born in February 2, 1993 The parents raised in a Palestinian refugee in Lebanon.

However, it does not make Iqbal despair and now he can prove that he was able to realize his dream despite economic limitations. But after a dream come true, the woman who is now 22 years old and it has a series of other dreams.

Women who currently have the opportunity to continue education by taking a medical specialty children in Ohio, the United States also plans to dedicate himself in Qatar after graduation. He said Qatar has opened up opportunities for him in order to achieve success.

Not only that, he also has a dream to become a doctor in Lebanon in order to help the treatment in the camp. "My dream is to go back to Lebanon and provide free medical treatment to them," said Iqbal was quoted by The National. 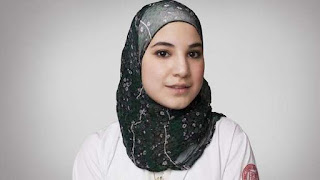 To achieve all his dreams, Iqbal wanted to keep fighting mainly for the sake of his parents. Iqbal said the struggle of parents who never tired of constantly trying to promote their children's education despite economic conditions being dropped into a major trigger for success. Therefore, he did not want to disappoint their parents by trying to give the most to them.

Iqbal was already famous genius since childhood. He was able to master the lessons so quickly that often get special treatment from the school. No wonder when he successfully graduated from high school at the age of 13 years.

See Iqbal achievement in school, former Minister Pendirikan Lebanon, Khaled Abany, giving it the title of the youngest students who graduated from high school. Khaled regretted if Iqbal did not continue their education to college simply because of lack of funds.

In cooperation with the Qatar Foundation for Education, Science and Community Development, Iqbal received a scholarship to pursue graduate studies at Weill Cornell Medical College, Qatar. The opportunity is used to properly and successfully graduated as the best student.