This 'The Wulung', the PTDI Artificial Drone Fly Up to 120 Km Radius

This 'The Wulung', the PTDI Artificial Drone Fly Up to 120 Km Radius 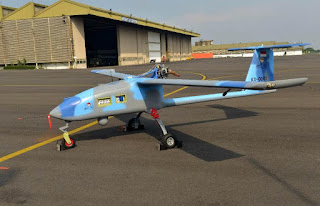 PTTA Wulung is the result of drone development which was originally designed by the Agency for the Assessment and Application of Technology (BPPT).

After exiting the result of drone prototype called Wulung, further PTDI was given the task by the MoD (Ministry of Defense) to conduct certification stage to production. 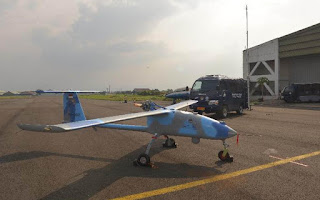 In the form of PTDI does not change, but the State Owned Enterprises (SOE) aircraft manufacturer's revamp of the material until the drone systems.

"This plane outer shape of the outside similar to developed by BPPT, but dalamannya is much different that is from the material and the manufacturing process. Then the system was far different from that used and developed friends BPPT," said Chief Engineer for PTTA, PTDI , Bona P Fitrikananda, to detikFinance, Monday (01/25/2016). 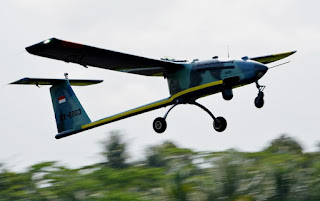 If the certification process is complete, Wulung has met industry standards and ready for mass production cost. The plan, 3 Wulung unit will be handed over to the buyer, the MoD (Ministry of Defense) from early February 2016, after the type certificate issue.

In addition, Bona also explained that the function of drones made in Bandung that is designed to perform surveillance missions, monitoring, until the alias intelligence spies. When flying, Wulung able to fly from the center take off to a radius of 100-120 kilometers (km), and is capable of flying for 4 hours non-stop. Wulung capable of flying at an altitude of 8,000 ft (feet). 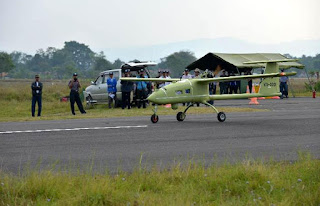