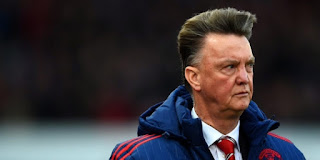 One of the news that is most often written about Van Gaal is dismissal. Boring game Manchester United and the results are below expectations indeed make the position of Van Gaal is often a matter for speculation.

However, Van Gaal admits that they always get the support of the club officials. Van Gaal was even a little joke about his dismissal.

"According to the media, I've been three times fired and in fact I am still sitting here. Support of Ed Woodward is fantastic, but it also can be a strain. When the board of directors gives confidence that is so big, the pressure is so high than when it was fired," says Van Gaal as reported by The Daily Mail.