The Golden Cristal Ube Donut given stuffing sweet potato mousse and champagne jelly, as well as the added icing of Cristal Champagne. Finally touch in the form of 24-carat gold sheets that can be eaten. 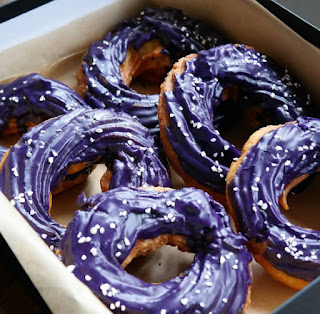 Donat worth 100 dollars (IDR 1.4 million) per piece has been promoted on Instagram "manilasocialclub" since December. No doubt, many people buy them for the New Year celebration at the same time upload photos of donuts on social media.

Reported from Business Insider (06/01), at the same restaurant owner chef Bjorn Delacruz said, "We actually just making donuts ube on Friday and open orders online on Thursday. This is done because we are not the donut shop."

He recalled, "The Golden Cristal Ube Donut created because I am familiar with the owner Braven Brewery. We started business at the same time. In an event I sold donuts with icing beer Braven White IPA and stamp gold. The moment that is the beginning of the emergence of a donut this." 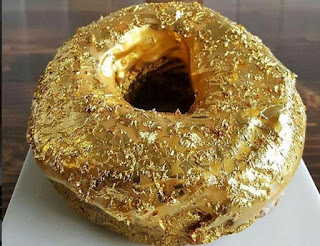 Cruz did not think The Golden Cristal Ube Donut ordered a lot of people for the new year. "But this is New York! Many people are willing to spend extra money for a dozen donuts," he concluded.(odi / adr)
Chef Bjorn DelacruzDonut ShopFoodGolden Cristal Ube DonutManila Social ClubRestaurant OwnerSweet Violet Sprinkled Donut GoldYum
Comments