10 Oscar Facts You May Not Know

But you know, the name Oscar has not recognized the Academy of Motion Picture Arts and Sciences until 1939? Or that the winners of the Academy Award ever awarded a trophy made from a mixture of cement?

Welcoming the culmination Academy Awards which will be held February 28 local time, it helps you enrich the knowledge of the facts of the Oscar. Here, there are 10 interesting facts, as reported by The Telegraph, Friday (26/02/2016).

1. Originally, it was designed by Art Director Oscar MGM studios, Cedric Gibbons. He came up with the idea, to make worthy a knight sword standing on a roll of film. The Academy then pointed sculptor from Los Angeles, George Stanley, to realize this idea in three dimensions.

2. The first Oscar awarded in a gala dinner on May 16, 1929 to Emil Jannings. At that time he was awarded the best actor performance in The Last Command and The Way of All Flesh.

3. Since it was first given to date, the 2947 Oscar was awarded to the film-makers.

4. Each year, Oscar made in January by RS Owens & Company. The company located in Chicago has produced the Oscars since 1982. 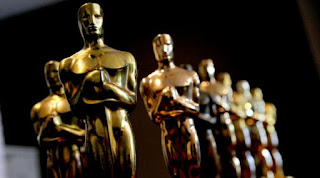 6. Statue of knight in the Oscar depicted standing on a roll of film that has five rings on it. These rings symbolize the five branches start conferred on Oscar, the actor, director, producer, technician, and writer.

7. The official name of the trophy race for the Academy Awards, is the Academy Award of Merit. However, this trophy is more fondly called by the name of 'Cool', Oscar. It was not known with certainty the origin of this name. It is said that upon seeing this trophy for the first time, Margaret Herrick, who is the Executive Director of the Academy, mention that this trophy is similar uncle named Oscar. The nickname for this trophy, the newly adopted officially by the Academy since 1939.

8. Originally, the cup is handed to the winners is made of gold-plated bronze. But after a few years, 'recipe' of making an Oscar is then replaced with a new one. The dough in this trophy consists of a metal or britannium Britannia, which is then coated successively with copper, nickel, and the last 24 carat gold.

9. Because of the limited supply of metal throughout the Second World War, Oscar then made of a kind of mortar that is then painted. This lasted for three years. After the war, the Oscar winners were invited to exchange their trophy with a gold-plated metal trophy. 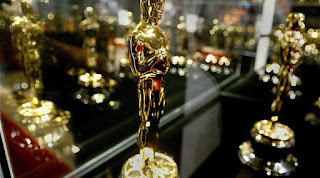 10. Each year, the Academy did not know how many trophies that will be awarded to the winner until the envelope is opened in the event the awards night. The reason is, there is likely winners consisted of several people at once, or even the event of a tie between two candidates winners. Finally, Oscar made excess each year. Advantages of the Academy Trophy then stored until the next year. (Rtn / Mer)
AcademyArtistCelebrityFactsfilm-makersHollywoodMGM studiosNewsOscarSecond World WarTrophy
Comments