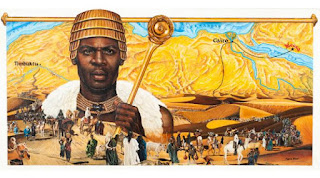 Who is the richest person in history? Not Bill Gates or Henry Ford, but Mansa Musa I, Emperor of Mali 12th century.

When guessing the name 'richest man', the name of Bill Gates, Warren Buffett and Mark Zuckerberg who generally mentioned.

However, not much has been heard of Mansa Musa I of Mali, Africa emperor in the 14th century, which in fact, is the richest person in history.

Mansa Musa I led the Malian Empire in West Africa in 1307, making a profit by exploiting the wealth of his country's salt and gold.

Many mosques were built which still stands today, quoted by the Independent. 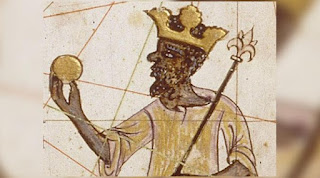 In the 17th year of leadership, in 1324, he traveled to Mecca. The trip was the world aware of the richness of Mali.

On his way to Cairo, Mansa Musa I, accompanied by caravans and escorted 60,000 people, including 12,000 group of slaves who all dressed in brocade and silk Persian.

The king's own horse and followed by 500 slaves - each carrying a golden wand.

The generosity and piety Mansa Musa, plus a charming appearance made him a memorable figure.

The historian al-'Umari, who visited Cairo 12 years after the arrival of Mansa Musa, found that the population of the city with a population of one million, often revere the emperor.

The emperor whose kingdom was once the largest in the world reportedly widen their territory to become the owner of Capital Songhai, Gao.

In Gao and Timbuktu - a city whose fame other Songhai almost rival Gao.

Thus, Mansa Musa asked Abu Ishaq al-Sahili, poet and architect of Granada who had traveled with him from Mecca, to build a mosque.

Gao mosque was built with bricks, building materials that are not common in West Africa.

According to the Encyclopaedia Britannica, under Mansa Musa, Timbuktu became an important trading town, with a fleet of caravans which connect to Egypt and other important trade center in North Africa. 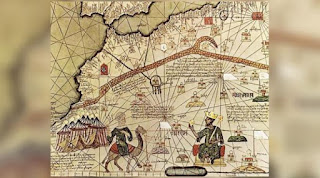 Unfortunately, after the death of Mansa Musa I in 1331, his successor could not maintain the treasure. As a result, all gone to finance the war.

Royal emperor of Mali, famous for building construction throughout Africa.

Co-founder of Standard Oil, and founded the University of Chicago and Universiras Rockefeller.

The founder of US Steel Corp.

The leader of the State of Hyderabad, India. In power for 37 years and provides education, electricity, and rail free to the region.

Bankers and traders, most of the benefits derived from the textile trade in Italy, also of gold and silver mining in Hungary and Bohemia.

Led the British occupation, and became king after.

Build road trains and ships in the 19th century and founder of Vanderbilt University.