After WhatsApp, BlackBerry now will be left by Facebook -->

After WhatsApp, BlackBerry now will be left by Facebook 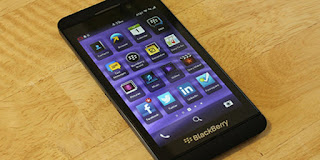 Recently in February WhatsApp announced the termination of support for BlackBerry OS 10, now Facebook's turn to do the same.

As reported by The Verge (22/03), Facebook officially declared when at the end of this year all BlackBerry OS will not be able to use their applications. Interestingly, the reason Facebook revoke support BlackBerry OS most likely caused by the BlackBerry itself.

Denied it, BlackBerry proves that it is still very concerned with BlackBerry OS application ecosystem through the campaign hashtag # ILoveBB10Apps. Through the hashtag, BlackBerry supports developers creating thousands of new applications every month by helping the promotion stage.

The question is whether this strategy will work saw the growth of BlackBerry OS users that can not grow significantly?
# ILoveBB10AppsBlackBerryBlackBerry OSCampaign HashtagFacebookNewsSupports DevelopersTechnologyWhatsApp
Comments