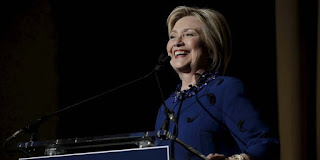 Electronic mail Private former United States Secretary of State Hillary Clinton were leaked to the public reveal Google technology company offering assistance to the US government to bring down the regime Bechar al-Assad in Syria.

The Independent newspaper reported on Wednesday (23/3), Google has created a device online to help Syrian rebels overthrow the Assad regime.

The device had even been used by the site of Aljazeera English TV station to track and map the defection under the leadership of Assad.

The device was designed to encourage more defectors to the rebel groups to become stronger.

Clinton adviser at the time, Jake Sullivan, said the strategy is a pretty good idea and Google have recourse to Aljazeera to broadcast about the device to Syria.

Clinton thousands of personal emails leaked by WikiLeaks and shows how the relationship between the US State Department with a number of companies of the world.

"My team will launch a Sunday device that will track and map the defections from the Syrian government," said Jared Cohen, Clinton adviser until 2010 when it was.

"The logic is when people actually keep track of the atrocities that occurred (in Syria), nobody map and show defections happened. This is in our opinion, could encourage more and more defectors and make the opposition stronger. We believe this could have important implications . "

E-mail it says Google will partner with Aljazeera which will become the primary owner of the device and publish it in Syria.