Liam, Apple robot who 'destroy' a used iPhone for recycling -->

Liam, Apple robot who 'destroy' a used iPhone for recycling 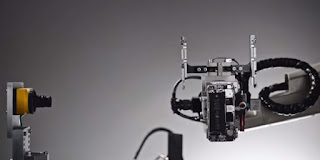 In the event that Apple Keynote is the main portion SE released the iPhone, iPad Pro 9.7 incidan latest iOS 9.3, Apple also dedicate ourselves to focus on the environment.

Reporting from Techcrunch (22/3), Apple announced that they had built Liam, a robot specifically designed to destroy your used iPhone. It is intended that the iPhone debris can be recovered for recycling. Apple itself does encourage users to dump the iPhone mark carelessly, passing the warning behind each iPhone.

Announced on stage by Lisa Jackson, vice president of environment, policy and social initiative company based in Cupertino, Lia, is industrial robot specifically designed to destroy the iPhone, by detecting certain components of the iPhone before destroying them. The components that can be recycled is separated for processing.

Not as we imagine, Liam way to utilize the iPhone former not at all by a destructive way. Precisely with the robot carefully separating the components of the iPhone, even to the smallest components such as nuts and place the SIM Card.

Deeper, Apple underlines that Liam secure cobalt and lithium from batteries, gold and copper from the camera, silver and platinum from the logic board and aluminum plate.

By having an Apple product and throw it into the right hands, namely Liam, would you take part in saving the environment. Well done, Apple!