Now, Sperm Can Be Made in Lab 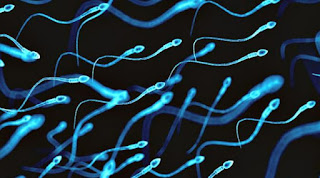 Nanjing - Advances in science back to make a breakthrough. More recently a number of researchers succeeded in making sperm in the laboratory using fetal stem cells. Artificial sperm could be used to fertilize the eggs of mice that get healthy and fertile offspring.

Quoted from ScienceAlert on Friday (02/26/2016), sperm cells made in this lab is the first to meet the primary reference standards-termed 'gold standard'-set by three scientists fertility in 2014.

Said John Schimenti from Cornell University who has also become one of the standard-setting reference is meant, "This achievement is remarkable. I know of no other groups who have advanced this far. "

The team of researchers from Nanjing Medical University in China did not make more sperm, but only artificial spermatids.

Spermatid is a version of immature sperm that has not been growing tail. Without the tail, spermatids can not swim, so it must be injected into the egg cells of mice using IVF techniques.

To meet the gold standard artificial sperm is not easy. Researchers must show that at some stage of its development, the cell still has a number of important characteristics, such as the number of chromosomes and the correct percentage associated DNA donor.

"Until now, researchers have struggled to prove that they have passed through the division process is important but complicated, which causes the cell has only half the number of chromosomes from the male parent," reported New Scientist Andy Coghlan.

Chinese team is not only proficient in the division process, but also to get healthy offspring. These are the two factors that helped them qualify references.

Said Jiahao Sha, one of the team, "I think our work is the first to monitor and check all the requirements for a successful meiosis."

How do they do it? The researchers took stem cells from male mice fetuses and expose it to chemicals cytokines that trigger changes in stem cells into germ cells-a type of cells that later develop into sex cells (egg or sperm).

When the cells were to be different, they are drawn to similar testicular tissue and exposed to testosterone that leads to form spermatids.

This technique was only tested on mice, it is not known well in men who have fertility problems. However, it is expected that one day scientists could take cells from infertile men-either leather or cheeks and make the state of the cell as fetal stem cells for later converted into spermatids.

Although theoretically possible, ethically it means we are still far to use this technique to create human.

Said biologist Peter Donovan of the University of California, Irvine, told The Verge, "How do we know that spermatid made in the same lab quality to those made in the testicles by natural selection?"

If the sperm used to create man-made, we must address the issue whether they will experience a number of hidden defects.

What is clear, researchers in France and Japan stalking development reached by Sha and her team in the race creating artificial sperm in humans. The results have been published in Cell Stem Cell.
AbsurdBiologistChromosomeFertilizeHealthy OffspringNewsQuartzResearchScienceAlertScientistSpermSperm CellsSpermatidsStem CellUniversity of California
Comments