Part of Body Can Heal Yourself -->

Part of Body Can Heal Yourself 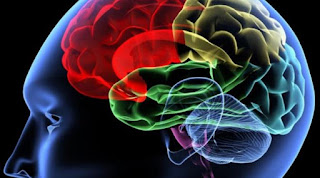 Loss of the ability to speak after a coma caused by damage to one part of the brain (Photo: foxnews.com)

The human body does have a very complicated system, especially for ordinary people who do not understand the medical field. That is why the sick man would immediately go to the doctor who understand how to cure their diseases.

But apparently according Menshealth page there are some parts of the body can heal itself without the need for medical treatment. This is because the members of this body have the ability to form new cells. Here is the part of the body, reported Saturday (01/23/2016).

Nerve cells have the ability to regenerate after injury. This capability is also owned by the patron of brain cells called myelin. However, if you want to speed up the regeneration process, you can consume some foods and beverages such as fruit blueberries, green tea, ginseng, and coffee.

In addition to brain cells and nerve cells, liver cells also have similar capabilities. To speed up the regeneration of liver cells, you can consume foods that contain lots of vitamin E.

The pancreas has insulin hormone secreted from beta cells which are the drugs commonly used to treat diabetes. But if you have diabetes, it is possible that beta cells are damaged. Some types of other hormones also proved to have the ability to regenerate.

Hormones can also be generated by more if you eat foods that contain lots of vitamin C.

Cartilage is not only found in the nose or ears, but also found in parts of the spine. Some of cartilage in the spine can regenerate naturally, and quality can be improved by eating a variety of foods that contain vitamin B12, as well as other food ingredients such as turmeric and honey.
Brain CellsCartilageNewsOrgan Amazing BodyOrgansPancreasSelf-healing
Comments