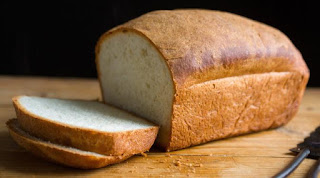 Professor Zhou Weibiao, food researchers from Singapore, has successfully developed the bread as soft texture of white bread but with a purplish color and healthier.

Although it was tender and delicious, white bread mention only filling but did not give the intake of protein and vitamins needed by the body. White bread also contain calories that can promote weight loss.

A series of such information would cause anxiety. Fortunately now found new types of bread are more healthful. Professor Zhou Weibiao, food researchers from Singapore, has successfully developed the bread as soft texture of white bread but with a purplish color and healthier.

Bread findings of Prof Zhou was given anthocyanin, a pigment commonly found in super foods rich in antioxidants such as grapes and blueberries. Anthocyanins protect against cardiovascular disease and neurological diseases and can help control diabetes, quoted from page Sheknows, Tuesday (03/22/2016).

To produce the special bread, Prof Zhou anthocyanin extracts of black rice and put in a regular bread dough. As a result, the texture of the bread remains soft like white bread but the color is so purple.

Anthocyanins not only make the bread look so unique; it causes a chemical reaction that is good, so 20 percent of bread is digested more slowly than white bread so that the blood sugar levels in the body is not increased. You will be full longer and antioxidant good for the body.

Unfortunately purple bread is not yet available on the market, but some large companies have shown an interest. Just pray this healthy bread would stop by to Indonesia in the near future.