This is the reason we never escape the 'typo' -->

This is the reason we never escape the 'typo' 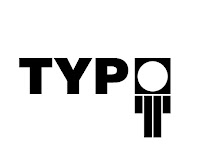 Typo is a 'disease' that is ingrained. Every one of us 'chat,' send something in social media, or even doing the coursework and work on the computer, we rarely separated from spelling this wrong.

Often when we wanted to post a beautiful words on Facebook, where we've been stringing beautiful word it earnestly and take a long time. However, after being sent, comments first sign is someone who corrects our spelling wrong.

Why did it happen? Are we too careless and slipshod?

An explanation of why it could happen, certainly not because we were careless and sloppy, but we are just very focused on what we do. It is able to be explained by Tom Stafford, a psychologist who studies about 'typo' at the University of Sheffield in England.

"When you write, you are trying to convey a meaning. It certainly is a high-level jobs," he said.

With the job 'high level' is, our brains automatically break up the work into parts simpler, so that we can focus on what is most important. This could be likened to like writing.

Writing is a very complex thing, considering we had to assemble letters into words, words into sentences and sentences into an idea that implies. However, from that alone, we will focus more on how to convey the 'message' of the piece, so that up to the reader. We will tend to ignore how a letter strung into words.

"We're not going to capture the details that are too small, we are not a computer," said Stafford. "Instead, we receive sensory information and combine it with what we want, which is to convey the meaning in the text," he added.

Because the 'meaning' is the most important for us in preparing an article, it will be very easy for us to overlook the small details like a typo.

This also explains why readers are always quick to find our mistakes in spelling. Because the concept of writing and reading are also very familiar to everyone, so they pay more attention when they read someone for the first time.

Our brains are great, but in the work of 'high-level' brains we can not to be employed with a bang. This also happens when we build a map of the route daily. Our brain will automatically save the route that often we pass, know the characteristics of streets, buildings are skipped, even smells like. Therefore, for example, we every day to go to college, then we want to go elsewhere, which is directed by chance the same route to the campus, our brains do not inadvertently lead us to a wrong turn toward college. We often escape the matters of detail, because the human brain works by instinct.

Yet despite the typo is a mistake that happens repeatedly, human adaptation will be a small error is quite fast. In fact, the 'backspace' is the most frequently used button number three, after the space key and the letter key 'E.' In fact, a 'touch typist,' or someone who is able to type without looking at the keyboard, they are even aware if they are the wrong type, regardless of his or keyboard.
FacebookFocusKeyboardMeaningNewsRegardlessTypoUniversity of Sheffield in EnglandWrong Type
Comments