8 The voice command that can be used with 'Google Now' -->

8 The voice command that can be used with 'Google Now' 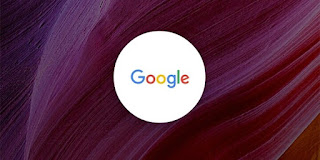 Google Now is probably the app from the Android smartphone that can make us really feel sophisticated and 'intelligent.' How not, we could ask anything to Google via voice commands: any agenda today, the latest film are emerging, even the height of Mount Semeru.

1. Turn on or turn off wifi and bluetooth

Google Now can be 'fiddling' some of the key settings in your smartphone, including wifi and bluetooth. In the Indonesian language, just say 'turn on wifi,' or 'turn off wifi' in your Google Now app. To turn on bluetooth in the same way with wifi.

2. Turn on or turn off the flashlight

Features a flashlight that is the smartphone, can also be activated through voice commands. Staying say 'turn on the flashlight,' or 'turn off the flashlight.' for switching on and off.

To read the message, you just say 'show my last message,' and Google will show your recent messages. Then Google will offer to read it. This feature would be very useful when we're driving.

When you give the command 'play music,' Google Now will automatically open Google Play Music and immediately play music based on what we heard previously there. If you want to be more specific, you can tell Google to 'play the music on ...' and addressed one specific application to play music.

Staying say 'phone ...' or 'SMS ...' followed by the name of one of your contacts, this can be done without typing. You could even say the entire contents of your messages, and Google will type it for you.

You just say 'Set the alarm clock ...' to immediately activate your alarm. You can also follow the description of time as 'set alarm at 3 am.'

You can say 'open the camera,' to enter the camera mode, as well as the 'record' video to open the video camera. If you say 'take a photo' in a sophisticated Google will offer a wide range of applications the photos on your smartphone, saying 'application which?'
AndroidAppApplication Which?FacebookGmailGoogle NowInstagramNewsSmartphoneSMSTechnologyTwitterVarious ApplicationsVoice Commands
Comments