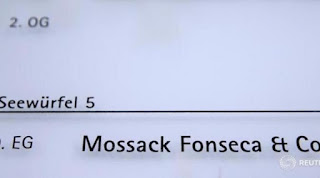 The international community amid shocked by the discovery of 11 million secret documents called the biggest leak of this century.

Leaked data is known as the 'Panama Papers' reveals how the law firm Mossack Fonseca help clients with money laundering in order to avoid punishment and fled from the payment of taxes.

However, did you know that the leaking of the document do not necessarily appear out of nowhere. Excerpted from the pages of Wired, Tuesday (04/05/2016), leakage of data that turned out to involve the use of digital formatted data, a computer with a powerful performance, and algorithms that can understand all the names behind thousands of detailed data.

To ensure that the data can be read, International of Investigative Journalists (ICIJ) and the Sueddeutsche Zeitung - the party who first obtained the data - in cooperation with the software company Nuix.

The company was towed to sort and organize files that amounted to 2.6 terabytes. The data includes information from 1977 to 2015.

"We will extract the information from such data, including all metadata. Then, we will use Nuix to investigate information that is based on big data and analytic perspective," said Carl Barron, senior consultant of Nuix who participated in those investigations.

After that, Barron said that the text that has been extracted can be included in the index and database. The final size of the database is estimated at about 30 percent of its original size.

Not only that, Barron also allows ICIJ and the Sueddeutsche Zeitung wear certain keyword searches. According to him, when both find someone's name in mail, the name will also be found in other parts of the data.

Barron explained, so the information is indexed, the algorithm can be used to find specific links that are in the database. Then, the information will be combined manually to form the final data.

The data used by journalists to find politicians, international criminals, as well as professional athletes. After that, it is also possible to make a search engine for names that are in the list.

Furthermore, the data collected 130 names featuring prominent people and more than 600 names were entered into a UN sanctions list. In a matter of minutes algorithm is able to share to 11.5 million documents.

For information, of Panama Papers is a document of Mosscak Fonseca law firm based in Panama. The document contains information on how Mossack Fonseca helping clients escape from the law. There are about 72 leaders and former heads of state, including the dictators who entered into the list.