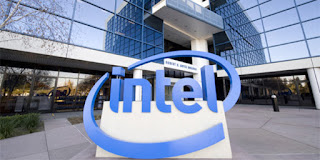 At the Intel Developer Forum (IDF), Intel has just introduced to the public of their new processor platform, the Apollo Lake. This processor is the answer for those who want a cheap PC but perform faster.

Intel's new processor also comes with a choice of chip dual-core or quad-core. Power consumption is also low, a minimum of 6W and 10W maximum.

According to Intel, the processor Apollo Lake can make middle and lower PC prices are getting cheaper. The reason, Apollo Lake make laptops thinner without sacrificing performance, including efficiency in many sectors.

Their USB Type C help fuel the plus points of this type can be given USB data transfer speeds up to 10Gbps and became charger with a power capacity of 100 Watt. Intel added when Apollo Lake will become the brain of some products to go on sale the second quarter of 2016.
Apollo LakeClocking SpeedsGoldmontIntelIntel Developer ForumLaptopNanometerNewsPCProcessorTechnologyUSBWatt
Comments