In a report by Yonhap News Agency, the Korean Food Foundation on Wednesday (30/09) said it was launching the application 'Halal Korea'. The presence of the first application for Muslims in Korea is in line with efforts to attract more Muslim tourists.

Halal Korea provide information on the halal food materials in South Korea. Including the location of kosher restaurants and supermarkets. Application also allows visitors Muslims scan the product barcode while shopping to know if the food or drink was certified kosher. 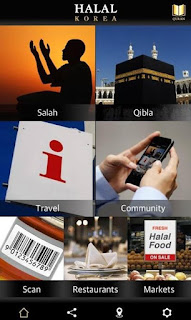 "Applications Halal Korea will contribute to the promotion of Korean food and tourism in the halal market," said the Korean Food Foundation.

Institutions under the Ministry of Agriculture, Food and Rural Affairs of Korea said the number of Muslim tourists to South Korea continues to increase each year. As in 2013, which reached 620,000 tourists. So there is a demand for the halal services.

Halal Korea now only available in English. But Indonesian service will present later this year due to the increasing number of tourists from Indonesia. Whereas the service in Arabic will begin next year.