Yonhap reported the Korea Tourism Organization (KTO) encourage the launch of "certificates of Muslim friendly" for local restaurants. So that halal food is prepared properly can be presented to consumers. 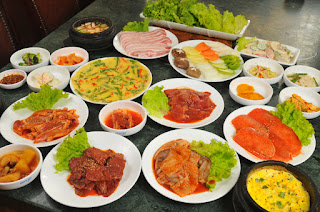 According to sources, KTO plans to introduce a system of certificates of Muslim-friendly around August. It will be given based on how well they make and serve halal food.

In a system with five levels of certification, the highest ranking will be awarded at a restaurant serving halal food formally guaranteed by the Korea Muslim Federation. While the restaurant without a kosher menu can also get a certificate with low ratings, if no supply of pork.

KTO plans to choose 200 restaurants in Korea for the Muslim friendly certificate.

The new certificate system seems to be created to meet the demand for halal food. Because there are an increasing number of Muslim tourists in Korea.