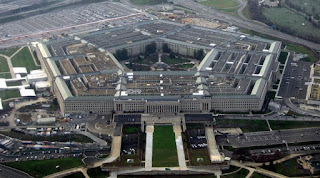 US Defense Department headquarters or the Pentagon (Wikipedia)

Department of Defense, United States (US) has just announced a competition for hackers (hackers) to find vulnerabilities in the security system of the organization.

Program titled debut Hack the Pentagon began on April 18 and ends on May 12.

Hackers must have a US social security number, willing to work in the United States, and agree to a criminal background check to receive a prize from this competition.

"This initiative will put cyber security department to experiment with innovative ways, but it is responsible," said US Defense Secretary Ash Carter.

Carter also hopes the hackers who enter the competition to spend his best.

This is the first time the bug search programs that run the United States government. Previously, some companies, such as Facebook and Google, also uses a similar method to find security holes or bugs in their programs.

In this pilot project the US Defense Department also took HackerOne security platform. HackerOne CEO Marten Mickos said that this program can be a best practice for any organization to test and improve its security system.
giftHackHackerHackerOneNewsPentagonSecuritySocial Security NumberSystemUSUS Defense Secretary
Comments