Not born on Earth, from which the gold come from? -->

Not born on Earth, from which the gold come from? 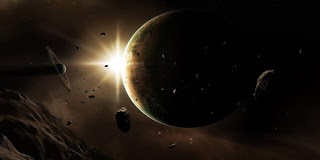 Gold is not formed on Earth like oil or diamonds, but from outer space. The study estimates that if the gold comes from meteorites bombard the Earth about 200 million years after the planet was formed.

However, it still can not explain where the formation of the precious metal. Because of course meteor does not just 'overgrown' gold, as well as other planets besides Earth. Gold can not be formed on the planet. 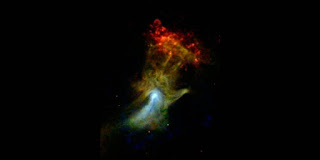 Yes, gold came from the stars, like our sun. But gold on Earth did not come from the sun, but other stars far from Earth and died.

Research shows when gold comes from the supernova. Supernova is the period in which a star can no longer perform the nuclear reaction and then explode.

Tremendous stellar explosion is making positive and negative particles combine, forming charged particles or neutrons neutral. Since it has no charge, neutrons easily join with other substances in the air, such as iron.

3. From the iron turned into gold 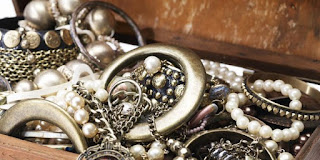 When too much iron join the neutron, then over time he would turn into a metal with a larger mass, ie silver.

Still the same as iron, silver and then back "eating" the neutrons in large numbers until it became gold. When the gold was still joined with neutrons, then this precious metal will be the lead, before finally becoming a radioactive substance Uranium.

Thanks to the supernova explosion that emits enormous energy, the process of evolution of the iron into gold could take place in a matter of seconds. While the process normally takes millions of years.

The explosion also resulted in the gold dust is bolted to the entire galaxy around, like the Milky Way, until eventually the Earth. 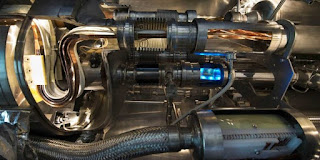 Since hundreds of years ago, a chemist working to make gold. One famous story is certainly a rock 'philosopher' or The Philosopher Stone. These stones are called can turn iron into gold, like gold in the process of forming a supernova.

Although it is only a legend, in this time it can make its own gold. The main way to use the technology of particle smasher Large Hadron Collider (LHD) in Geneva, Switzerland.

With the LHD, scientists can turn lead into gold back through a series of nuclear reactions. Unfortunately, the process of returning the lead to 1 gram of gold takes at least 13 billion years more or the same as the age of the universe to date.