Follow the footsteps of Apple, Google soon release its own smartphone -->

Follow the footsteps of Apple, Google soon release its own smartphone 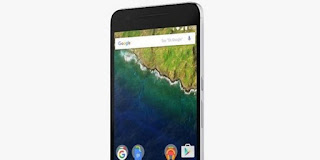 Early this week, the shocking news emerged from one of the great British media about Google. Reportedly the technology giant is looking at launching their own smartphone.

According to information received by The Telegraph, Google is in talks with several mobile operators Uncle Sam related to the launch of smartphones under the brand name 'Google'. This step is the same as that made by Apple with their iPhone.

Yes, as the owner of the Android platform, Google does not make their own smartphone and choose to hand manufacture Nexus smartphone to smartphone vendors such as Huawei. They focus more on developing the Android operating system and application ecosystem.

But the tradition is about to change in a few months. Source The Telegraph claiming to be senior people at Google, said that if Google's new smartphone will appear at the end of this year. Google itself is responsible about the design, assembly, up to its software.

The launch of its own smartphone can also be used by Google to ensure the safety of their application in the middle split the Android platform due to changes made by smartphone vendors.

Of course we know how to change the Android vendors to be more exclusive, such as the presence of its MIUI Xiaomi, Samsung TouchWiz, or ColorOS belonged Oppo. The impact, every Android OS updates take a long time to get into the hands of users as vendors need time to adjust updates with modification 'ROM' them.

"They (Google) is very concerned about the divisions within Android, Android should be controlled platform," said Ben Wood, analyst at CSS Insight.
Android PlatformAppleCSS InsightGoogleNewsNexusROMSmartphone
Comments