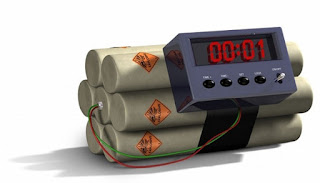 Gunfire and bomb attacks have occurred at Ataturk International Airport Istanbul, Turkey. The attack killed at least 10 people and 20 others were reported injured.

According to the provisional description of the Turkish Justice Minister Bekir Bozdag, the attack was carried out first airport security door. After the shooting, the perpetrators then blew themselves up.

"According to information I received, a terrorist at the entrance of the first international terminal. He then opened fire with a Kalashnikov and then he blew himself up, "said Bekir Bozdag, quoted by the BBC, Wednesday, June 29, 2016.

Bomb attacks that occurred in one of the busiest international airport in the world is also alleged two attackers outside entrance examination. Ataturk Airport has long imposed a strict security through x-ray detection at the terminal entrance.

Unfortunately checks for cars entering and leaving the airport was limited. There were linking the attack by Kurdish separatist movement or movement group Islamic State of Iraq and Syria, or ISIS.

Reported by Turkish media, two attackers and was killed instantly, and the bombing after the act. As a result of the bomb, airport authorities suspend flights to and from Ataturk airport.

Earlier in March, the US State Department for Turkey, has given a travel warning and urged travelers including US citizens to increase vigilance and caution when visiting public access areas.

They asked to be careful especially in areas heavily frequented by tourists, including Ataturk Airport. A bomb attack in Ataturk occurred around 22:00 local time. That moment is the busiest hours of the arrival of flights from Europe, and departure to the Persian Gulf and other parts of the region.
Airport AttackedBombNewsTurkeyWorld
Comments