August 1, 2016, the hacker threatened create a 'down' Pokemon Go all day 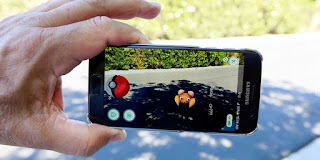 At the end of the weekend last week, Pokemon Go was down and could not be accessed by users around the world. And PoodleCorp hacker group claims to be responsible. Well, in two weeks, the hacker group threatened to do the same back at Pokemon Go.

PoodleCorp has announced plans mass hacking at Pokemon Go 1st August. Manifold DDoS attack (Distributed Denial of Services), the type of hacking that flooded traffic that the server can not be accessed by the user.

PoodleCorp said the attack this time is expected to make a Pokemon Go inaccessible alias 'down' for the majority of users globally. In fact, they threatened to make Pokemon Go down for 20 hours.

"We do it because we can, no one can stop us, and we just love making a mess. We chose August 1 so that we have time to relax," said XO Twitter accounts suspected of being a member PoodleCorp.

Previously, Niantic as the developer of the game Pokemon Go, admitted when down its servers last Saturday (16/07) due to the large number of downloads Pokemon Go not from the action of hackers. Then, if the 1st of August will be the correct Pokemon Go down all day?
DownHackerPokemon GoPoodleCorpServerTwitter AccountsXO
Comments