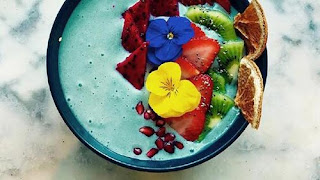 The uniqueness of the color of latte led to the name "Smurf Latte" to drink a concoction of Matcha Mylkbar vegan cafe in Melbourne. Bright blue color on a latte obtained from use 1 teaspoon ground E3 live blue algae, reported Mashable (13/07). There was no coffee content therein.

Not only algae, the drinks also contain lemon, agave ginger, and coconut milk. It was also somewhat unique. Similar sour milk with strong aroma such as seaweed

"People thought it was sweet like chewing gum. You certainly can feel the taste of agave and lemon. It's quite sweet and a little sour. But it's hard to describe the taste, many people think it tastes different," explained the owner of the cafe, Nic Davidson, told Mashable Australia. 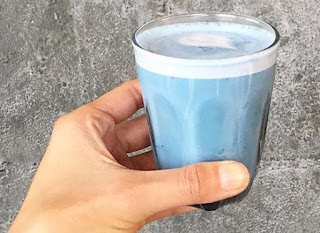 Actually Smurf Latte no café menu. There is only a small sign in the cafe that indicate its existence. Popularity exactly happened thanks to Instagram.

Cafe latte upload pictures that make people interested. "It's crazy. Over the weekend Thursday already sold more than 100 latte and considering we were only a little cafe with 40 seats, it very much. Even our arrival people who do not speak English, order a drink just by pointing a photo on Instagram," said Davidson ,

The algae itself is a freshwater plant that can be consumed. According to Mark Filipelli who is also the owner of the cafe, algae is believed to be a source of antioxidants.

"It is a powerful antioxidant which the consumption of 1 gram (algae) each day has benefits (health) is very large," said Filippelli told News Corp Australia (13/07).

To enjoy a glass of latte, consumers need to pay for AU $ 8. For the price of 1 gram of algae were reported just over AU $ 3. Although not quite cheap, Filipelli said many people who continue to come. 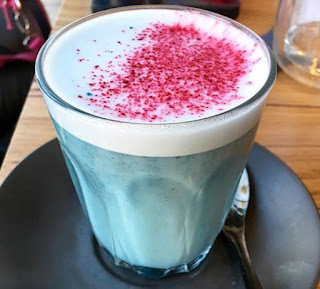 "A lot of people come in and try something new. We have some customers who come back and enjoy it every day. Because of this (latte) was gorgeous, this corresponds to Instagram," said Filipelli.