American homes is claimed as the 'digital hell' -->

American homes is claimed as the 'digital hell' 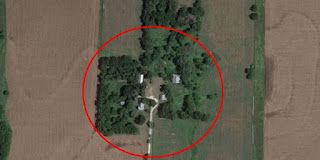 In 2011, the couple James and Therese Arnold moved to a farm house in Potwin, Kansas, United States, with the intention of enjoying their retirement. But the opposite is true, in the house they feel 'digital hell' truth.

Apparently, the Arnold family home was connected to 600 million IP addresses (internet protocol) in the world. The IP address is the identification number for each computer connected to the Internet. Then, if it becomes a serious problem?

The answer is definitely. Therefore, when there is a cyber crime committed by one of the 600 million users last IP address, which first visited Arnold is a family home. According to Arnold pair, since the first week living in the house, they were visited by police looking for a stolen truck.

During the five years of residence, Arnold family was visited by the police or the FBI to countless. Starting from the case of the loss of someone through online fraud ever addressed to them as a result the house was connected with millions of IP addresses earlier.

Thanks to data from Kashmir Hill, one of the journalists of the Fusion, it was discovered when the house is rented Arnold family was having trouble mapping IP. IP mapping company named Maxmind then known to have problems in the mapping software that makes them wrong. In fact, there are 5,000 companies that retrieve information from Maxmind IP address mapping.

As a result of the IP mapping error, Arnold family took the case to court and sue Maxmind pay compensation of USD 75,000.