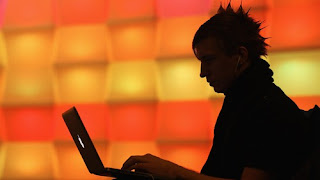 Sri Lanka - Teenager This one has a fairly extreme way in showing expression. Was not ready to face the test of a young boy 17 years paved the President's website.

This happened in Sri Lanka. The official website of President of Sri Lanka being targeted. Teens are sending a message to President Maithripala Sirisena to postpone the exam.

Because of him, the teenager must be secured police. Teens unidentified cyber crime is subject to market, a fine of 300 thousand rupees (about USD 59 million) and imprisonment up to three years.

"We track the perpetrators of hacking until we found her home in Kadugannawa. Website President paralyzed during the weekend after the attacks. It is now restored and running normally again," said local police spokesman, as quoted by The Guardian, Tuesday (30/08/2016 ).

In its action, the hacker removes the main page and replace it with a message requesting the President to postpone the GCE Advanced Level examination is in progress. Not only that, the teenager even asked the President to resign from office if it does not meet his request.
Exam PendingHackHackerNewsPolicePostponeSri LankaWebsite of President
Comments