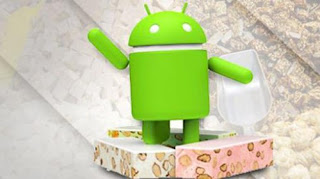 Before receiving the name Nougat, Google only gave the code name N on the operating system. The giant technology company from the United States then opened a poll to find the right name. And after selecting from hundreds of names are entered, elected Nougat name.

Nougat Android has features that could make its productivity increases. One is a multi-window feature that allows users to run multiple applications simultaneously with two views are split.

Indeed, this feature is not something new in the world of smartphone. Call it the Samsung that has been doing it since the era of the Galaxy S4 and several other mobile brands. 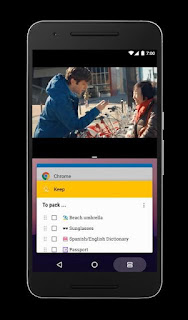 However, with the presence of multi-window on the Android Nougat, this kind of feature will be found on all Android mobile brands, no matter the class flagship or entry level. According to information, the user can point and set the window size for each application with ease.

The second feature any direct reply. As the name implies, the user can directly reply to notifications that appear without having to open any application. It is not certain how the performance of this feature, since some applications such as Line or WhatsApp was already offer similar features.

Furthermore, no less interesting is the quick switch. This feature allows the user to change the application of the last used quickly. The trick is to do a double tap on the button overview (two bars).

Cleaning of all applications that have been used are now becoming easier. You did not need to delete one by one application because now been provided the option to 'clear all'. Perhaps this feature already exists in several models of Android phones, but it is the result of customization, not available in the original Android.

Android Nougat focus on improving graphics and runtime experience. In this new operating system the user will be presented by Vulkan 3D graphics API, which allows developers to immerse details better graphics.

Not only that, Vulkan 3D makes processing the image to play the game sharper and smoother. 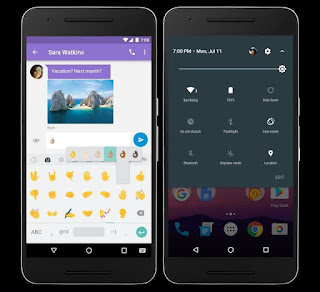 Nougat Android is also designed to support the use of Google Daydream which will be released in the near future. Daydream is a single platform created by Google to virtual reality technology.

Changes and increased not only occur in the graphics sector. The latest JIT compiler in Android Nougat called can increase the runtime of the device. This brand-new JIT compiler is able to increase the speed of installed applications by 75% and reduce the buildup of code size by 50%.

Security is certainly a fixed price for a smart device. Therefore, Google now presents updates to the security system in Nougat, which includes seamless update, file-based encryption, and direct boot.

Seamless updates mean is allowing Android users to download the operating system update in the background. In other words, you can freely use your phone without having to interfere with the update installation process.

While direct boot allows users to turn on or turn faster devices. However, applications that are running certain to remain safe, so you will still receive messages even when your device is locked.

The latter is a file-based encryption. This feature makes more stringent level of security by isolating and protecting individual files on the device.

Android nougat made its free expression. One of them is the presence of 72 emoji latest of a total of 1,500 kinds of emoji. 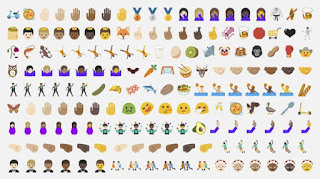 Nougat Android will not seek to offer translations of the language you understand. In total there are 100 new languages ​​and 25 local languages ​​are present in this brand-new operating system.