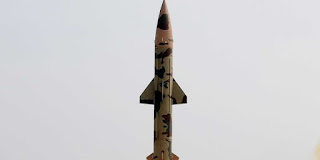 Artificial intelligence, or AI. China has recently been reported to develop military weapons are equipped with AI.

As reported by the Daily Mail (20/08), it was a military weapon cruise missiles stationed on warships Bamboo Curtain country. Which makes a public fascinated and horrified, AI missile is called "drones of death '.

The reason is simple, the missile is claimed to be able to think for themselves shortly after launch. The artificial intelligence in this missile allows a change of direction in real-time when the missile is flying. Yes, you're not wrong, these missiles can choose the target by yourself!

Although China claims if the main control remained AI missile human hands, but not a bit worried when the missile was the beginning of the fall of man in the hands of AI or robot. In short, the AI-based missile system have feared a malfunctioning such as 'Skynet' in the movie 'Terminator'. Some others worry China using this smart missiles to intimidate other countries, including the United States.

Related to these concerns, China said that if it did not have bad intentions to start a feud with another country. China claims only requires modernization of the military sector in order to protect the sovereignty, mainly related to its position as the country with the second largest economy in the world.