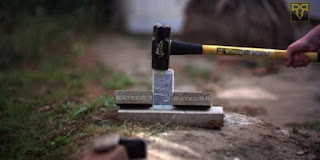 Surprisingly, damage or performance problems occur in 58 percent of iOS devices in the second quarter of 2016. In the same period, the performance issues experienced by 35 percent of Android devices. It claimed to be the first time the amount of damage exceeds iOS devices Android.

Furthermore, the iPhone 6 from Apple reported experiencing the highest amount of damage, up to 29 percent of total iPhone 6 entering the market. The next position is filled by the iPhone 6s with 23 percent, and the iPhone 6s Plus as much as 14 percent. Simply put, one-third of Apple's iPhone 6 sold damaged!

On the other hand, Samsung topped as Android vendors with the highest total damaged device in figure 26 percent. By netizens, this figure is considered quite reasonable because Samsung has a lot of variety of gadgets, ranging from cheap to expensive. Smartphone Galaxy S6 itself, for example, has only 7 percent level of damage.