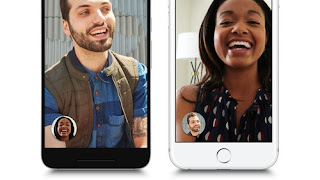 A few days after its release on Android and iOS, Google Duo claimed to receive encouraging response. Video call application introduced at I / O 2016 is creeping into the first position of the Play Store, bypassing the big names in this sphere such as Facebook, WhatsApp, Facebook Messenger and Snapchat.

This achievement is fairly impressive, considering Google Duo only offers the basic features of the video call. But it seems in fact it is the appeal of Google Duo. Simple, not all kinds, and as necessary.

As quoted from Softpedia News, Friday (26/08/2016), Google seeks to maximize Duo to make video calls. This application is designed to be optimal and seamless to use, primarily to serve the users that the internet connection was not very good.

Google also implemented a tool that allows Duo can quickly switch from WiFi connection to mobile data. Another feature is the user might like to show videos of people contacted before lifting the call recipient.

This will help users more easily identify people who call, even if it was to avoid the call does not want to talk.
AndroidApplicationGoogle DuoPlay StoreReleaseTechnologyVideo Call
Comments