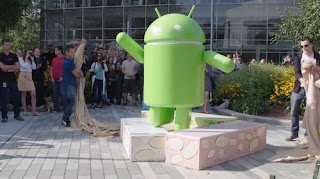 Google has one of the security features to curb the spread of the brand-new malware named QuadRooter on Android devices, specifically devices running Android 4.2 Jelly Bean and above.

As previously reported, QuadRooter utilizes four security holes in Android devices with Qualcomm chips. This malware can gain root access to the operating system, which allowed him to do various things.

Google mainstay feature for avoiding this is QuadRooter Verify Apps, embedded Google Google Play Services, and it turns on automatically since four years ago, when Google released Android 4.2 Jelly Bean, which is designed to protect Android from this sort of thing.

"We appreciate Check Point research, because it can help improve the security of mobile device ecosystem. Android device with the latest security patches we've been sheltered from three vulnerabilities that exist. While the fourth slit, CVE-2016-5340, will improve in the next security patch, "Google wrote in a statement.

But Google also said it was not impossible for the partners could take the first step by using a patch made by Qualcomm, and is now officially available.

"Exploitation of this vulnerability depends on the users who download and install malicious applications. Features Verify Apps and artificial SafetyNet we can identify, block and remove applications that will exploit a security hole like this," added Google in a statement.

Verify Apps feature displays the message "Installation has been blocked 'when a user installs the application to contain this malware. This means that the application has a very high risk. Meanwhile, when installing an application that risk is lower, Verify Apps will only display a warning message, and the application can still be installed.
Android SpreadsGoogleJelly BeanMalwareQuadRooterQualcommStatementTechnologyVerify Apps
Comments