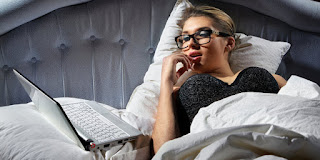 The effect on the health of the first is to build a happy feeling. Especially when reach orgasm, the body automatically releases endorphins, dopamine and oxytocin that can instantly lift the mood. Second, can make the experience or your sex life more enjoyable. The process of self-exploration allows you to explore your body and find out what makes you be at the peak of pleasure. Usually, after knowing the most sensitive point on your body, then you are more likely to know a couple of the more touching that section.