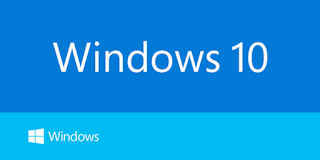 Maybe the past several months we have started to hear a lot of users of Windows 7 / 8.1 complaining update notification when Windows 10 is very disturbing, appear suddenly, even impressed 'force'. As a result of this case, Microsoft was sued by one of its customers.

Teri Goldstein, a woman from California, United States, Microsoft sued after the laptop was broken after the failure process of updating Windows 10. This resulted in him could not use his laptop for a few days.

When Goldstein tried to contact Microsoft about this issue, he did not get a response that gave birth to the solution. Finally, she filed a lawsuit to the court and asked Microsoft to pay USD 131 million as compensation, including money to buy a new laptop.

Goldstein himself from the beginning do not know many things about Windows 10. So this woman can not do anything when the laptop suddenly install Windows 10 and experience the 'crashing' severe thereafter.

Interestingly, Microsoft agree to demands Goldstein to avoid the problem more complicated. Although in the end refused to plead guilty as a result of Microsoft Windows 10 update troubled.
Broken LaptopCustomersLaptopMicrosoftMicrosoft 10NewsTechnologyTeri GoldsteinTrouble
Comments