Oxygen was found in 12 billion light years away from Earth -->

Oxygen was found in 12 billion light years away from Earth 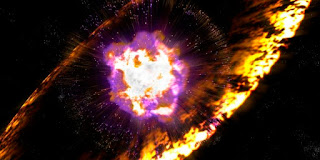 Illustration of a supernova explosion. © 2016 Merdeka

Perhaps the ideals of humanity for invading another planet and left Earth just wishful thinking. The reason, the key element for life: oxygen, are very far from the universe in which we live.

Reported by the Daily Mail, astronomers for the first time in history managed to accurately measure the amount of oxygen in a galaxy is 12 billion light years from Earth.

A galaxy named COSMOS-1908, consists of only 20 percent of the oxygen in the sun. In the sun itself there is little oxygen levels. Oxygen was actually appeared in stars and interstellar released into the air when the star died. 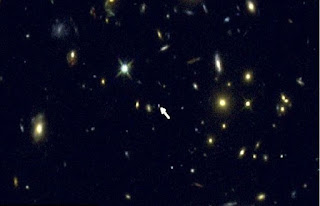 Galaxy COSMOS 1908 Ryan Sanders / candels team
The discovery gives a little hope about the various details of distant galaxies of the Milky Way. Astronomers also see that it is the potential of the galaxy, or galaxy that is still young and has not formed life.

From this it can also be further study of how galaxies evolve over time, to strengthen the theory of the Big Bang.

Professor Alice Shapley, an astronomer from the University of California, stating that "it is the most distant galaxies in which the amount of oxygen can be measured. This is reminiscent of how the Earth occurred billions of years ago, where there is little oxygen, too." Yep, at the beginning of this galaxy formed, oxygen is the smallest element, in which hydrogen and helium is the most substantial.

COSMOS-1908 was also not as big as the Milky Way. The new galaxies contain only 1 billion stars, compared to our galaxy of 100 billion stars. 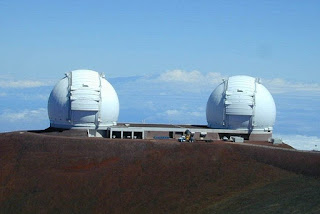 This discovery is an achievement for the researchers who are members of the Multi-Object Infrared Spectrometre for Exploration, or MOSFIRE, who did oservasinya at the Keck Observatory in Hawaii. This is because, the previous space technology can actually measure the amount of oxygen in a galaxy that is close by, without any results. Instead, MOSFIRE actually found oxygen in very distant galaxies.

The findings were published in the journal Astrophysical Journal Letters, made her first research to measure the oxygen levels in a distant galaxy.
EarthGalaxyMilky WayNASANewsOxygenSpaceTechnology
Comments