Smartphone's your Processor? Beware not get Android N! -->

Smartphone's your Processor? Beware not get Android N! 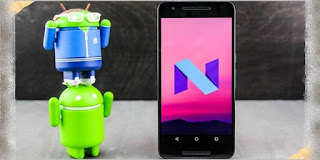 Google has launched Android 7.0 or Nougat to smartphone vendors, starting from the Nexus line. In the next few months, other vendors such as Samsung, LG, Asus, HTC, Android Nougat roll immediately for their smartphone line. The bad news, there are some relatively new smartphone called will not be able to use Android Nougat.

The problem stems from the well-known processor manufacturer Qualcomm. ROM developers LlabTooFer reported when Qualcomm will not release the graphics card driver updates Snapdragon processor 800 and 801. This makes smartphones that take advantage of both the smartphone was not able to run Android Nougat.

Unpopular decision of Qualcomm is called affects many smartphones are still widely in use today. Some examples are the HTC One 8 (M8), Nexus 5, Samsung Galaxy S5, Samsung Galaxy Note 3, LG G3 and Sony Xperia Z3.

On the other hand, it should be noted when the Android update Nougat in this case is a version of 'official' or formal. Therefore, many have suggested for Android Nougat update manually, for example via root for smartphones-smartphone users Snapdragon 800/801 earlier. Of course, with the risk that should be borne alone.
Android NGoogleNougatProcessorQualcommROM DeveloperTechnologyTips
Comments