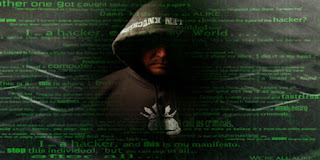 Government of United States (US) is conducting the trial of cases of hacking the hottest in the year 2016 where the suspect is the son of Valery Seleznev, member of the Russian Parliament from the Liberal Democratic Party.

Hacker named Roman Seleznev was known as a genius hacker since the 2000s. By the US government, Roman was accused of 40 cases of hacking makes the man managed to steal the money of USD 170 million or around Rp 2.2 trillion.

One case is the most famous Roman WorldPay hack in 2008. It was Roman and his group successfully attacked server WorldPay and stole IDR 118 billion from 2,100 ATM machines in 280 cities in less than 12 hours!

No wonder that the US government is so keen to seek out romance. Because he claimed to have hacked 200 online payment system in America. The trick, Roman spread virus that can steal credit card information.

Catching Roman himself into polemics between the US and Russia. The reason, the Russian government declared when Roman 'kidnapped' by the US government since arrested in Maldives, the area that does not include the US jurisdiction.

When ditanggkap US authorities find 2.1 million stolen credit card numbers from Roman laptop. If convicted on all charges, Roman could face at least 65 years in prison and a maximum fine of IDR 36 billion.
GovermentHackerLiberal Democratic PartyNewsRomanRussiaRussian ParliamentUSValery SeleznevWorldPay
Comments