To read this book, you must solve a puzzle on every page -->

› Book › Codex Silenda › Industrial Designer › Kickstarter › News › Puzzle › Technology › Unique To read this book, you must solve a puzzle on every page

To read this book, you must solve a puzzle on every page 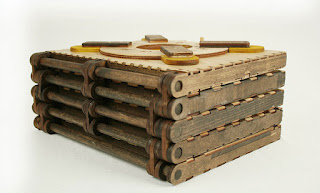 Still remember the book of death in the movie The Mummy? The book contains an ancient spell that is protected by a puzzle that must be solved in order to open the pages. The book does not really exist. But if you want to play around with that kind of book, Codex Silenda might be the answer.

Silenda Codex is a book of puzzles made of wood. Consisting of five pages contain text puzzles and interlocking. To open the next page, the owner of the book had to solve the puzzle on it first. 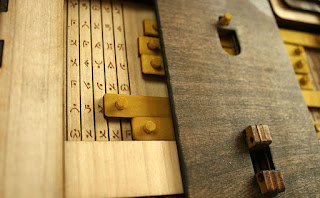 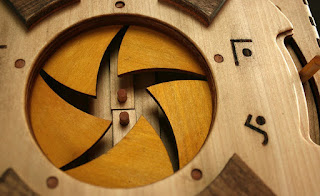 Puzzle books Codex Silenda 2016 Kickstarter
Reported by Bored Panda (9/8), Codex Silenda created by industrial designer Whitney Brady. "Each page has a unique puzzle that requires the user or reader to unlock the bolt corresponding to advance to the next page," he wrote in the official website Codex Silenda. 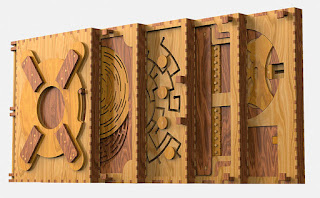 "Once the puzzle began to move through the book, the story began to unfold, depicts the story of an apprentice in Da Vinci's Workshop which found the Codex similar. But in the story of Codex acts as a trap created by Da Vinci to catch any spy / employees want to know that protected his work. The only way to escape is to solve each puzzle before the master returned from his trip. " 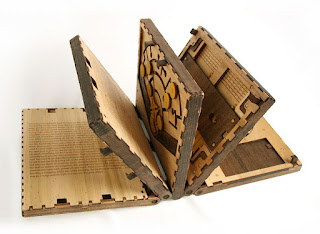