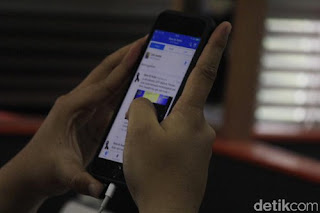 Twitter stores that vulnerability. An antivirus company revealed the threat that lurks behind the popularity of the microblogging site.

Eset is a security company that reported the emergence of malware named Twitoor. This malware was found hiding behind a Twitter app for Android trick. So that the device is infected do not realize that Twitoor already residing.

But according to Eset, Twitoor will not react or just wait. Up to a command sent by a certain Twitter account. Malware will donwload an application and install it. And of course when this sequence occurs, users will not be aware of.

Furthermore Twitoor and applications which are intended to steal user data, such as bank information or other sensitive data. As quoted from Digital Trends, Tuesday (30/08/2016), Twitoor called also could take over the user's Twitter account.

Malware is called has been circulating since the past month. But it came not from PlayStore, Eset suspect Twitoor entrance to the user device via malicious websites or via text message. Who then hid behind a Twitter application.

"The path of this communication (malicious sites and text messaging-ed) more difficult to define and even more difficult to prevent it. Going forward, it is quite possible the parties irresponsible will try to use it also on Facebook and LinkedIn, or other social media" added Stefanko.

To avoid this, Stefanko also suggested that Android users keep their device by immersing a security solution that is considered the most good for him.
MaliciousMalwareMicroblogging SiteTechnologyTwitoorTwitter
Comments