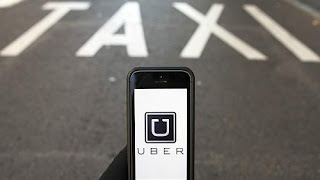 Photo: BBC Magazine
Uber current startup status of the most expensive in the world, with reportedly valuation of more than USD 60 billion. But that does not mean ride sharing service that is already making a profit, even revealed that they have just suffered huge losses..

Quoted by Reuters on Friday (08/26/2016), Bloomberg business media citing internal sources stated that Uber loss of at least USD 1.27 billion. Losses occurring in the first half of 2016 within a period of about 6 months.

The huge losses due to the high cost of subsidies for the driver, especially in China. So it makes sense if the end not long ago, Uber surrendered to operate alone in China and chose to sell his business there in a competitor, Didi Chuxing.

CEO Travis Kalanick has recently revealed that Uber loss of USD 1 billion per year in China. "Uber and Didi Chuxing invest billions of dollars in China and the company has not been profitable," said Travis.

In his home country, the United States, the fate of the Uber little better. Bloomberg called the Uber able to achieve a profit in the US in the first quarter of 2016. However, a loss of USD 100 million in the second quarter of 2016.