When Corrupt Data Files in Smartphone -->

When Corrupt Data Files in Smartphone 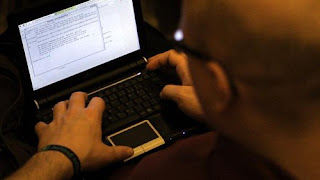 Corrupted files on the smartphone, usually occurs in the external memory or SD card. The causes can be various, such as writing data is imperfect, damaged memory cards, or even exposed to malware are often intended for a PC.

Malware on the PC which is usually specifically attack the contents of the hard disk, external memory enabling smartphones that are often deprived pairs to move data to or from PC also affected, so often altered or hidden inside files in multiple layers of folders and made read only.

Although not complete an application on the PC to repair files that are corrupted or lost, some applications in the Android Play Store can be tried. For example using a re-scan of the media applications that can be downloaded from the Play Store.

Several other specialized applications to repair corrupt files that are more specific, such as songs or video files.

To prevent files that are often corrupt, we should consider several things, among them using a memory card quality. If you are removing the memory card, make sure we do not take it off directly, but did eject first on the menu setting / storage.

If you frequently move files from the smartphone and the PC, the PC should already be free of malware. For files that are important, be diligent to make backups, no need for a PC, can be done by placing them in the cloud, such as Google Drive or Dropbox. Backup files can be set automatically without the need to do so repeatedly manually.
Corrut DataMalwarePCPlay StoreSmartphoneTechnologyTips
Comments