Why our voices sound different when it recorded? -->

Why our voices sound different when it recorded? 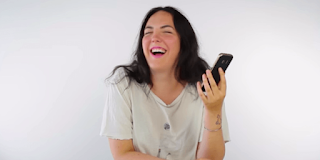 Illustration listen to his own voice. © someecards

A lot of people are uncomfortable-uncomfortable only when speaking, but instantly uncomfortable when listening to his voice on a videotape or when singing. Such as when first heard a recording of your own voice, you immediately think, "this time my voice anyway?"

Do you include such a man?

This is reasonable, really. But it is true. Were heard in the recording, is your voice. Although the sound is different from the sound in your head, it is a fairly simple matter to be explained by the science.

The human auditory system is located in the inner ear, it makes no sound waves are different ways to achieve it. Everything we hear is the sound waves are transmitted through the air.

When we speak, our vocal cords to produce sounds that can be transmitted through the air. However, the bone and tissue that is in our heads, such waves can directly flow to the cochlea. So your own voice you hear when talking is the result of the transmission of voice in your own head.

It would be far different from the sound that you hear on the record, because you only hear the sound is transmitted through the air. Part of the sound waves you hear for the transmission of your head, no longer heard.

Usually there was significant difference between the sounds you hear and recording. This is because the bones and tissues in the head usually adds low-frequency vibrations of sound waves you. It makes our voice usually sounds deeper and denser than that heard by others. That is why in the record, our voice sound higher but weaker.
CochlearInformationLow Frequency VibrationsRecordedVoices
Comments