Zuckerberg Reveals Painful Period in the History of Facebook -->

Zuckerberg Reveals Painful Period in the History of Facebook 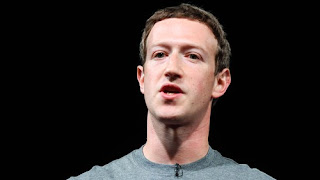 Facebook is now the social networking giant without equal with the number of users more than 1.6 billion. But of course it took a struggle to raise up, as expressed by the founder and CEO, Mark Zuckerberg.

In an interview with the president of Y Combinator, Sam Altman, Zuckerberg unveil the saddest in the history of Facebook is when he decided to reject the offer of a major acquisition of Yahoo.

"One of the toughest part for me was when Yahoo offered to buy the company with a lot of money. That was the turning point of the company," said Zuck quoted from CNNMoney, Thursday (08/18/2016).

That was in 2006. Yahoo is still a large technology company to bid up USD 1 billion. Facebook was aged 2 years and only has 10 million users.

Many people believe Facebook should accept the offer. However Zuck and other Facebook founder, Dustin Moskovitz, ultimately rejected by various considerations.

Well, the hardest part is not the time to refuse, but the impact appears afterward. Apparently, a lot of Facebook employees out because they do not agree with the decision Zuck, especially among management.

"The part that hurts is not about rejecting the offer. But the fact that after doing so, a lot of people on Facebook because they no longer believe in what we do," said Zuck, who blamed himself as the cause.

"I think the fact that I did not communicate well about what we were trying to do was the cause of the tension of it. Many people who join Facebook is not too agree with me. It could sell the startup of USD 1 billion in the age of only a few years is a kind of home run for them , "added Chan's Priscila husband.

Zuckerberg rejected the gambling Yahoo bid turned out to be right. Now Facebook is one of the most respected technology giant enterprise value of hundreds of billions of dollars.

While Yahoo as is known more staggered and had to be sold 'cheap' worth of USD 4.8 billion to the US telecom operator, Verizon. If the time that Facebook was acquired Yahoo, it may be the social network also dropped.
CEOFacebookHistoryMark ZuckerbergNewsPainfulStartupTechnologyTipsZuck
Comments